Last Friday we got delivery of a new HP server for Geekzone. The new server is a HP DL360, based on an Intel 5400 quad-core 3GHz with 10 GB RAM, four 146GB HDD, and remote management.

Because our hosting provider is just finishing up a new datacentre it will be a couple of weeks before we have it up and running. The current box, a three year old machine based on an Intel Xeon dual-core with 3 GB RAM and two 70 GB HDD will stay in service, as a development/staging server.

I can't wait to have the new server up and running...
Permalink to A new Geekzone server | Add a comment | Main Index

Everything you wanted to ask Freeview...

I've just opened a discussion in our Freeview forum on Geekzone where you can post your questions about the Freeview broadcast service.

Freeview will be answering your questions and we will post the replies to start a discussion on that.

With time, if people show interest we could even schedule a live on-line chat. It all depends of your participation.

If you have been living under a rock, Freeview will become the standard open to air TV broadcast standard with satellite (standard definition) and and terrestrial (high definition)  services.

Permalink to Everything you wanted to ask Freeview... | Add a comment | Main Index

SQL DB? No firewall? Weak admin password? That is a trojan coming your way alright

By Mauricio Freitas, in Technology, posted: 18-Sep-2008 08:06
According to the Symantec Security Response Blog, a new trojan called Trojan.Eskiuel is going around infiltrating SQL servers and causing havoc:

This time we have found a new SQL threat: Trojan.Eskiuel. The main functionality of this threat is to scan the Internet to find machines with poorly configured SQL servers (i.e. with weak or non-existing passwords), gain access to them, and use their stored procedures in order to download new malware from a remote host.

Permalink to SQL DB? No firewall? Weak admin password? That is a trojan coming your way alright | Add a comment | Main Index

By Mauricio Freitas, in Blog, posted: 17-Sep-2008 16:41
Last night I've go an e-mail from Steve Graham, GM at Fronde AKL, also the coach of the Auckland Under 15 regonal basketball team.

In short Steve managed to get the support of some companies (Google, Microsoft, HP, Vodafone, Samsung, Kodak) and people (Hamish Carter, Dilon Boucher, All Whites) to a special "tech gear auction" to raise funds and help the Auckland's Under 15 Boys' Basketball Team to attend the National Championship in Rotorua.

So if you are looking for tech and sport memorabilia, check the tech gear auction or search for "under15bball" on Trade Me.
Permalink to Tech and autographed gear for auction on Trade Me - help the Auckland Under 15 Boys Basketball team | Add a comment | Main Index

New Zealand broadband according to Akamai

By Mauricio Freitas, in Technology, posted: 16-Sep-2008 16:47
I have just noticed the Akamai State of the Internet report Q2 2008 is out now. Interesting stats from around the world - worth reading it.

From a New Zealand perspective here is the only data provided:

By Mauricio Freitas, in Blog, posted: 16-Sep-2008 14:42
In my previous post you can see a short video with my Zero G flight experience. I have now uploaded some of the pictures to my Flickr Zero G set: 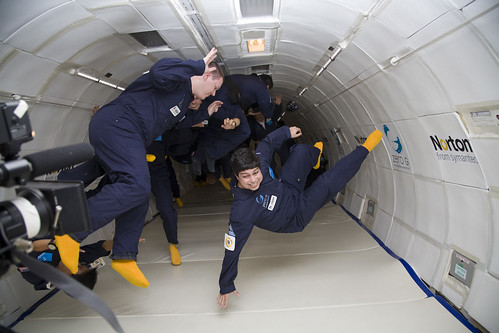 By Mauricio Freitas, in Technology, posted: 16-Sep-2008 09:50
Thanks to Symantec I had the opportunity to experience a Zero G flight experience, departing from Las Vegas.

This was an event for bloggers and journalists attending a special briefing with Rowan Trollope, Sr VP of Consumer Products and Solutions.

Rowan talked to us about the Norton 2009 products, including the Norton Antivirus and Norton Internet Security - more on this later.

Below is the short, edited version of the video Symantec produced for us to use on-line. I will post pictures and another video later. For now enjoy:

By Mauricio Freitas, in Personal, posted: 8-Sep-2008 13:29
Later this week I am off to Las Vegas to participate in a Zero G flight.

I will have some videos and photos from the flight - but in the meantime I recommend people update their Geekzone profile...
Permalink to Going Zero G - and please update your Geekzone profile | Add a comment | Main Index

The ACTA submissions to the New Zealand MED

By Mauricio Freitas, in Technology, posted: 8-Sep-2008 12:07
The Ministry of Economic Development has made public the submissions received in response to the ACTA.

You find the submissions in HTML here or PDF here.

By Mauricio Freitas, in Windows Phone, posted: 7-Sep-2008 09:55
A few months ago we entered into an agreement with Mobihand to power a new Geekzone Software Store, which came live a couple of weeks ago, under a new subdomain (store.geekzone.co.nz) - but it still can be accessed from the old www.geekzone.co.nz/store address.

That worked quite well because their platform offers an incredible flexibility for me to configure campaigns, discounts, bundles, specials and most importantly to get reports out of the system - now I know exactly what is selling and what is interesting for users of all these mobile platforms.

We started with a 20% discount code that expired today. This code was well used, so I decided to create a new discount code - "Geekzone" - that will give buyers 15% discount in all products.

I've created a couple of best-seller modules and inserted in our Software page. There you can see all the best-seller software for each platform. Really cool information. Note that this page is only a selection - for the full catalogue you have to visit Geekzone Software Store.

And remember to use the discount codes.
Permalink to Geekzone Software Store reopening - and a sofware discount code | Add a comment | Main Index


I live in New Zealand and my interests include mobile devices, good books, movies and food of course!

I'm the Geekzone admin. On Geekzone we publish news, reviews and articles on technology topics. The site also has some busy forums. Also worth visiting is TravelTalk NZ, a community for travelers!

Subscribe now to my blog RSS feed or the Geekzone RSS feed.

A couple of blog posts you should read:


Other recent posts in my blog